Is artificial intelligence destined to destroy or subjugate humanity?  If you watch movies, you could easily get the idea that AI and other advanced technologies spell the doom of mankind. The Terminator movies postulate that a super AI called Skynettakes over the military and attempts to destroy everyone. In The Matrix, machines enslave humanity and use them for an energy source. Even an early movie,Colossus the Forbin Project, released in 1970, was the story of a sophisticated AI system taking over the military and then proclaiming itself, backed by nuclear weapons, the new leader of the world.

Will artificially intelligent “beings” remain obedient to human masters and even take on the roleof servants or slaves? Many television shows and movies present AI and robotics in this manner. Forbidden Planet, released in 1956, introduced arobot named Robbie who is a super intelligent yet obedient crewmember.And, of course, let’s not forget Commander Data from Star Trek The Next Generation; in that series, this highly intelligent and self-aware android served as a crew member on the USS Enterprise and obsessed over becoming human, complete with emotions.The movie I, Robot would have us believe that synthetic cybernetic beings would willingly live in servitude to human masters.

It’s difficult to find a movie or TV series that portrays artificial intelligence and other advanced technologies in a good light. If you look, however, you can find examples that present them positively. The series Person of Interest was about an AI that worked with an assassin and a wealthy programmer to prevent terrorist or criminal attacks. The movie Her portrays a man who falls in love with a highly advanced, artificially intelligent operating system.

Is AI Dangerous to Humanity?

The potential danger of AI is real.  As stated by Elon Musk, “as AI gets probably much smarter than humans, the relative intelligence ratio is probably similar to that between a person and a cat, maybe bigger. I do think we need to be very careful about the advancement of AI.”(1)

Even the esteemed physicist Stephen Hawking cautioned about the emergence of AI, “success in creating effective AIcould be the biggest event in the history of our civilization. Or the worst. We just don’t know. So, we cannot know if we will be infinitely helped by AI, or ignored by it and side-lined, or conceivably destroyed by it.” (2)

Humanity has been fighting a war against disease for the entire history of our species. We’ve been making gains since the earliest “doctors” used secret ceremonies, spells, and powders all the way to modern times with the invention of antibiotics, vaccines, surgery, and even robots that perform brain surgery. People now have a higher quality of life by orders of magnitude than they did just one hundred years ago, a phenomenally low child mortality rate, and lifespans of two or more times longer than in the recent past.

However, as is demonstrated by the recent COVID-19 pandemic, there are battles yet to be fought in this war. Dengue fever is a significant problem causing mass death in the tropics, cancer rates are growing, and because of overuse, antibiotics are becoming less effective. New infectious diseases such as swine flu, MERS, and now the coronavirus emerge periodically, sometimes ravaging large populations and even growing into global pandemics.

How can artificial intelligence, machine learning, robotics, and data analytics help in our fight against disease and chronic conditions?

Artificial intelligence is assisting in the fight against the COVID-19 pandemic.

Tropical diseases such as dengue fever, Zika, yellow fever, and chikungunya affect about 40% of the world’s population – roughly 3 billion people – and cause illness and death. Every year, it’s estimated that 500,000 people come down with severe dengue and require hospitalization. About 2.5% of those people die. (3)

Many of these tropical diseases, especially dengue fever, are carried by mosquitoes, which are prevalent in tropical countries. The World Mosquito Program, based in Vietnam, infects mosquitoes with abacterium called Wolbachia, which neutralizes the insect’s disease carrying capabilities. The program leverages technologies such as machine learning, AI, and the cloud to help determine the best areas to release the infected mosquitoes to do the most good.

Ben Green, the Senior Project Delivery Manager, World Mosquito Program, said, “We want to target the areas where our intervention is needed most. We will be able to release Wolbachia mosquitoes where they will have the most effect with analysis at a countrywide scale instead of at a neighborhood scale. Our ambition is to be able to look at a whole country and run the model over all its urban areas and let it give an unprecedented snapshot of where we can have the most impact.” (4)

These are just a few examples of these technologies being successfully used to aid in fighting disease and improve human health.

Search and Rescue Made Easier by AI

Helping to find people who are lost is one area where artificial intelligence has shown great promise. Locatingindividuals in the middle of the wilderness or the ocean is challenging, requiring searches of vast amounts of territory on the ground and from the air. You can just imagine how difficult it is to spot a single human being who’s lost in the middle of the Mojave Desert, a mountainous area, or thousands of square miles of ocean.

In Australia, the Air Force and the Maritime College worked with the Queensland volunteer Coast Guard to train machine learning algorithms and use AI sensors to look for shapes and imagery – life rafts and boats – in the open ocean.

“With this new technology, the Air Force is able to locate these rafts and vessels in the water and drop aid to them immediately, allowing us time to get out to them,” reported the Deputy Commander of Australian Volunteer Coastguard at Southport, Michael Hoffman. (5)

Businesses, governments, and individuals all over the world are defending against attack all hours of the day and night. It appears to be a regular occurrence to read about security penetrations of major corporations that result the compromise of hundreds of millions of customer records. These attacks are difficult to fight, since there are literally hundreds of thousands of different viruses, worms, and other malicious applications that can infect computer systems, smart phones, and even industrial equipment.

Given the vast scale of these attacks, some of them even supported by nation states, is there any hope for a successful defense? Or should we just give in and accept that cybersecurity breaches are a normal part of being active on the Internet?

In August 2015, DARPA (Defense Advanced Research Projects Agency) sponsored the first Cyber Grand Challenge. According to Michael Walker, a program manager with DARPA, the second-place winner, Xandra, “discovered a new attack in binary code, figured out how it worked, reached out over a network [and] breached the defenses of one of its opponents, a system named Jima. And Jima detected that breach, offered a patch, decided to field it and ended the breach.” The AI security application performed this entire sequence in 15 minutes. (6)

In fact, AI is transforming cybersecurity by making it possible to secure businesses and other organizations against today’s sophisticated malware threats. In the future, advanced AI-enabled tools will protect everything from massive computer farms such as those owned by Amazon and Google all the way down to individual smart phones.

Other Good Uses for AI

Artificial intelligence is powering a new era in human evolution by solving many of the problems that humanity has faced for its entire history. Some examples of the ways that AI can and will be used to improve society are listed below.

Use AI for Social Good

There’s no doubt that humanity’s plate is filled with problems, some of them severe and others relatively minor. The COVID-19 pandemic is ravaging the world and tropical countries are suffering just as much from dengue fever and other tropical diseases. Global warming, now known more formally as climate change, appears to threaten human civilization if not it’s very survival. Of course, social ills such as racism, misogyny, human trafficking, and slavery are being debated regularly in the streets, on the news, and in social media.

Artificial intelligence, machine learning, automation, big data, and data analytics offer unprecedented opportunities for improving the lives and well-being of everyone on the planet by providing a way to address these problems.

These technologies must be used for social good and to improve the lives and well-being of humans everywhere. The innovative solutions offered by artificial intelligence can help people solve seemingly unsolvable problems, some of which have been plaguing the world since civilization began.

Think about a world where food is plentiful, water is available to everyone, energy is clean and inexpensive, and disease is virtually unheard of. While it might sound like a far-off fantasy, AI and machine learning are the tools that can bring us to this utopian state.

The choice is ours –we can choose to use AI for good and to help humanity as individuals and as a whole. Not only is this the smart thing to do, but it offers immense possibilities for new industries, new ways for people to earn a living, and a better world for everyone. 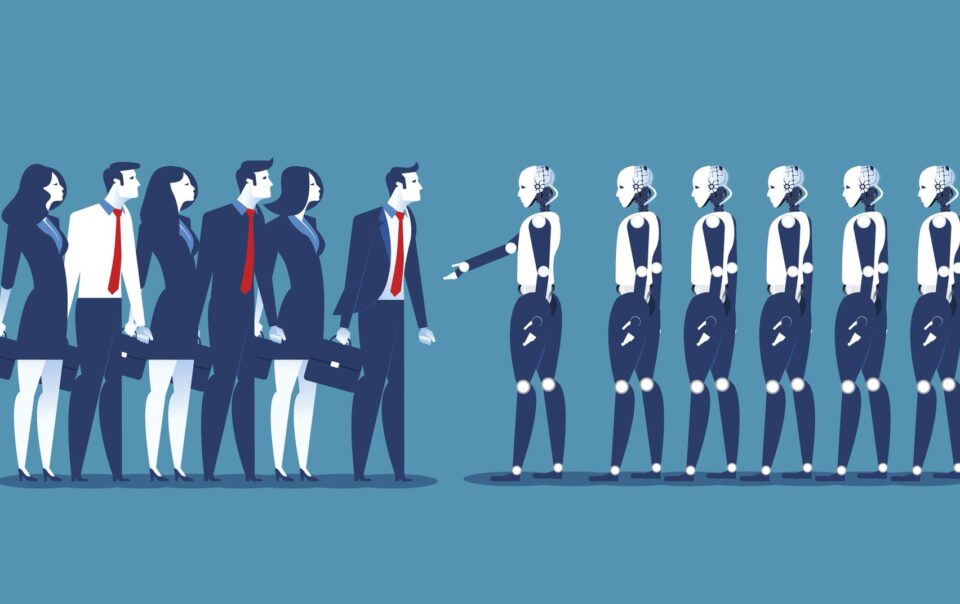 Do We Need To Be Concerned With Ethics For Artificial Intelligence? 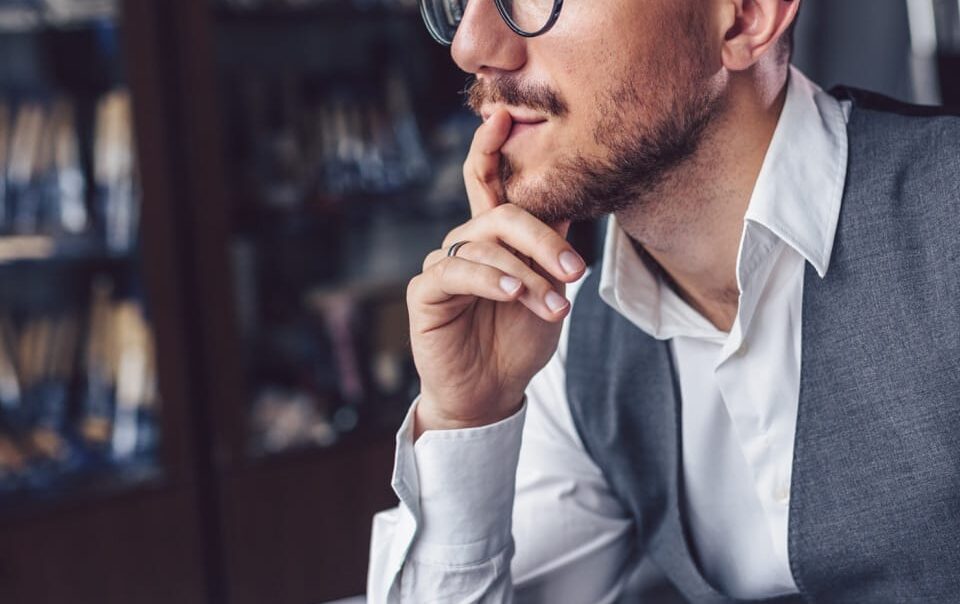 Questions every business owner must be able to answer correctly 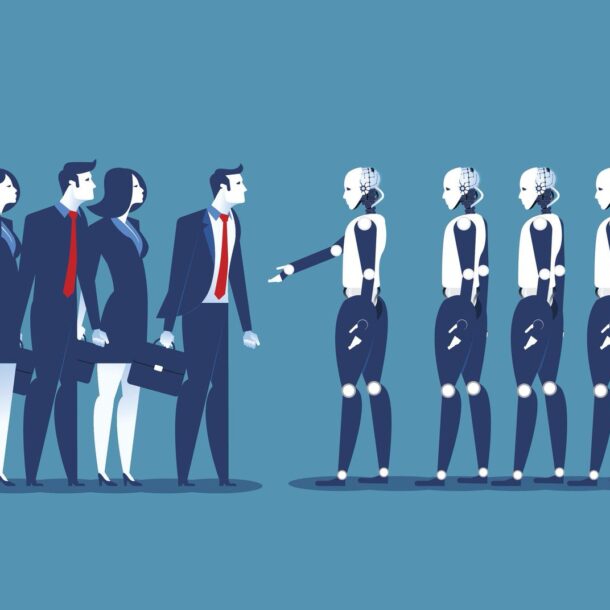 Do We Need To Be Concerned With Ethics For Artificial Intelligence?
Previous Article 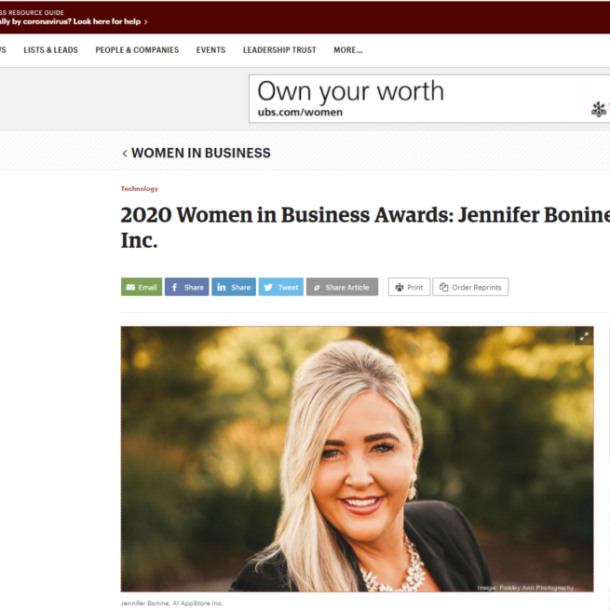 Home
About Me
Speaking Engagements

Are we friends on social media, yet? Use the buttons below to connect, then join my list to your right.
Facebook-f
Twitter
Linkedin-in
Youtube
©️ Copyright Jenn Bonine | All rights reserved.
0 shares
×